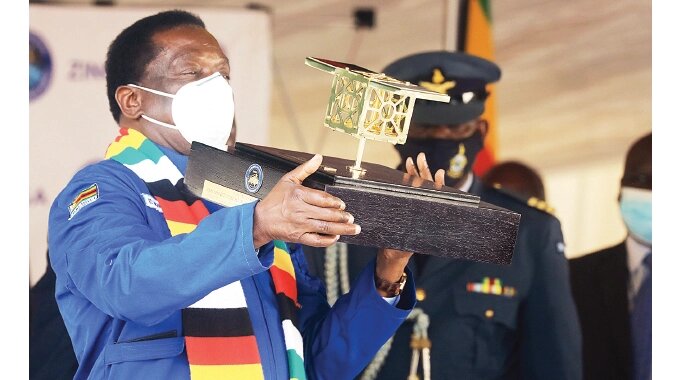 Zimbabwe will launch its first satellite next month

Developed within the framework of the BIRDS project, Zimbabwe's first ever ZimSat-1 satellite will be launched into orbit next month.

The launch is an important step that will improve mining exploration and monitoring of environmental hazards and droughts. In addition, it will help map human settlements and disease outbreaks, among other capabilities.

The nanosatellite will be deployed from Japan's KIBO module after nearly a year's delay caused by Covid-19. The satellite is a 1U educational and amateur radio mission CubeSat manufactured by the Kyushu Institute of Technology in Japan. Many experts see the programme as the first steps in the country's nascent space programme.

Zimbabwe National Geospace Agency (ZINGSA) coordinator Painos Gweme told the Sunday Mail that the satellite will be launched between July and August, depending on weather conditions. "Everything is now ready; we recently received a report that it has been tested and approved for flight. "We have our engineers in Japan who are making sure that everything is going as planned," the coordinator explained.

Mr Gweme also noted that ZINGSA has also increased its participation in space forums. This, he said, was to improve the country's preparedness for the programme. On the importance of Zimbabwe's space programme, Gweme said: "Space science and technology presents cheap, dynamic and more effective methods of solving problems than traditional methods. "Therefore, as a country, we have had to embrace space science technologies to appropriately solve our national problems and as such, the deployment of these technologies is long overdue."

Read also: Uganda: PearlAfricaSat-1 will be launched in September 2022

Since its launch, ZINGSA has developed a national wetland master plan through its Geospatial Sciences and Earth Observation Department. The department has also developed a revised agro-ecological map for Zimbabwe.

The Agency is currently conducting aerial mapping of urban settlements to identify dysfunctional, illegal and irregular settlements. So far, the programme has mapped Gimboki Farm in Mutare, Cowdray Park in Bulawayo and several others in Harare.

ZINGSA's Department of Space Science, meanwhile, is identifying areas for the deployment of lightning detectors to mitigate the risk of lightning strikes across the country.

The President of Zimbabwe, Emmerson Mnangagwa, has pledged to further support ZINGSA to see the growth of a technological innovation environment that supports the development and use of new technologies.